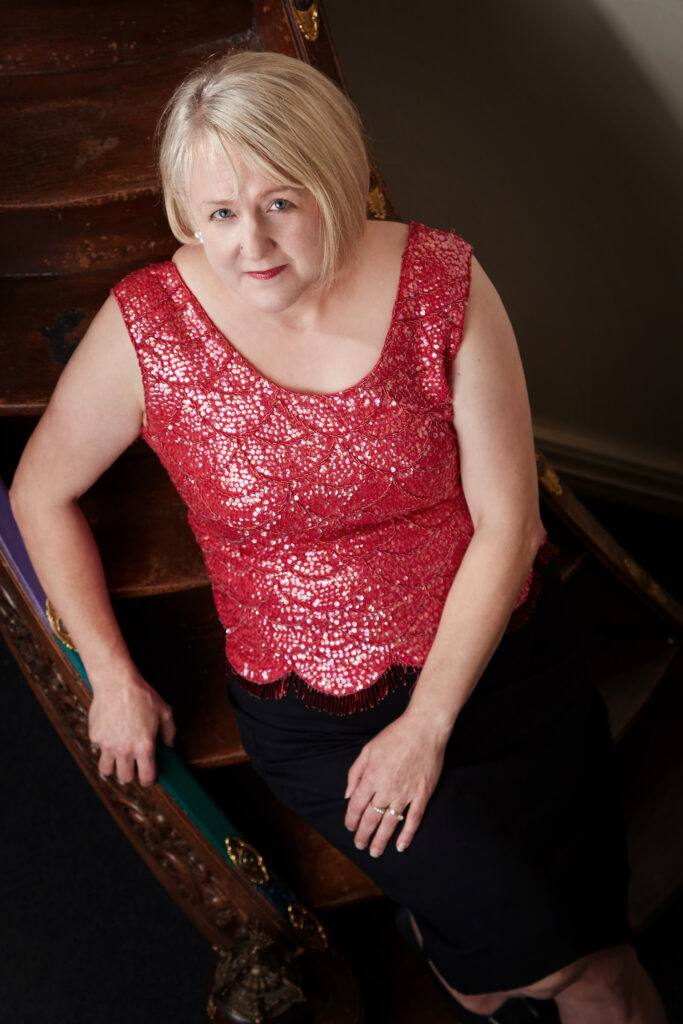 There is an inimitable charm to vocalist Cara Francis. She graces the stage with an easy sense of swing, a quick wit and a lyrical feel that is both playful and heartfelt. Her snappy blonde bob and vintage couture create a striking visual, and her eclectic repertoire−a tasteful mix of classics from the Great American Songbook and jazz-infused pop tunes from the 60’s and 70’s−delights audiences wherever she plays.

Cara’s approach is intentional and specific. “People did not stop writing music in 1955,” she says, “and there is an un-mined catalog of songs that can be reinterpreted through a jazz lens and presented in an entirely new way.” Her goal is to give the listener a new experience of each song, be it Burt Bacharach’s “One Less Bell to Answer” or Duke Ellington’s “Satin Doll,” while also touching a familiar emotional place. She explains, “Stories change as we change. The cautionary love song you listened to in your 20’s takes on a whole different hue when you’re 50. And music is interactive. The band and I bring the song, but the meaning blooms in the listener.”

Cara started taking piano lessons when she was in grade school. One of her earliest musical memories was when her teacher, a strident and humorless sort, proclaimed that Elton John was “not a genius.” Devastated by this information yet undeterred, the young Cara soldiered on, methodically working her way through all the John Thompson piano books. She ultimately quit lessons but continued playing. She sang in the high school choir and occasionally served as accompanist. Cara’s musical pursuits led her to a brief career in radio. After high school, she received her broadcasting license and worked as a DJ at several different radio stations, including Green River Community college station KGRG, known as the “Rock of the Valley” and country station KJUN.

…She reminds me of Chris Conners in vocal quality, and of
Bobby Troup in vocal lightness and accents. 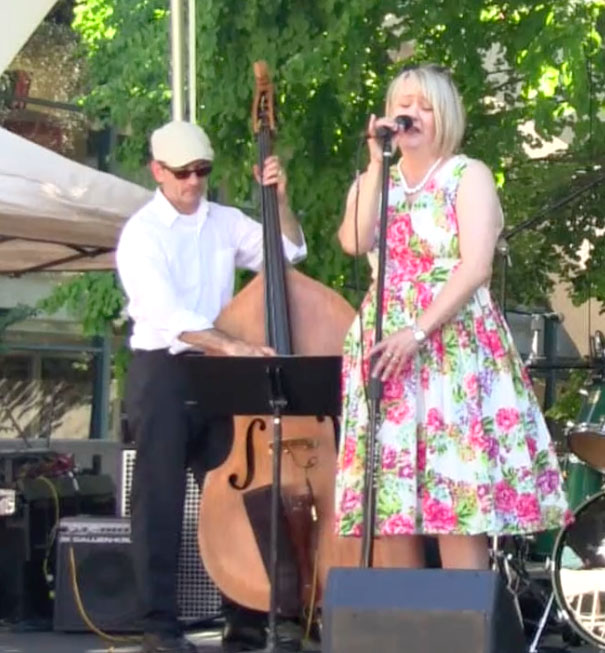 Although she grew up listening to iconic vocalists such as Chris Connor and Blossom Dearie, Cara’s own immersion into jazz came much later, after seeing Greta Matassa perform with a big band at the Tacoma nightspot Jazzbones. She was struck by the improvisational and collaborative nature of the music. “It was like having a good conversation with someone smart,” she recalls. She started listening to jazz recordings, everything from Ella Fitzgerald and Carmen McRae to Dave Brubeck and Ahmad Jamal. She also began studying with Matassa and hanging out at jam sessions in Seattle and Tacoma. “I became a jazz sponge,” she says I just wanted to listen to it, absorb it, sweat it, eat it.” Cara began singing professionally in 2008.

Cara has performed at numerous festivals and venues throughout the Northwest, including Tula’s, Egan’s, B Sharp Coffee House, North City Bistro, Tacoma Jazz Walk, Bite of Seattle, Taste of Tacoma and the Second Sunday Concert Series at the Seymour Conservatory to name a few. She has worked with esteemed Northwest musicians Kareem Kandi, Darin Clendenin, Clipper Anderson, Mark Ivester, Kacey Evans and Hans Brehmer, all of whom she describes as “amazing people, friends and musicians.”

When she is not leading her band through a hard swinging set at the local jazz club, Cara teaches special education for the University Place school district. Prior to that, she worked at the Muckleshoot Tribal School. She has a Bachelor of Arts in English, a Masters in Teaching and a Masters in Education. Cara is passionate about her role as an educator and feels that her teaching career has satisfied “a calling to make a difference in the world.”

In addition to her ongoing lessons with Greta Matassa, whom she cheerfully refers to as “sensei,” Cara also studies piano and music theory with tenor saxophonist Kareem Kandi. She makes her home in Tacoma, WA, where she lives with her husband Larry and a feline posse of three.

LISTEN TO THE NEW ALBUM 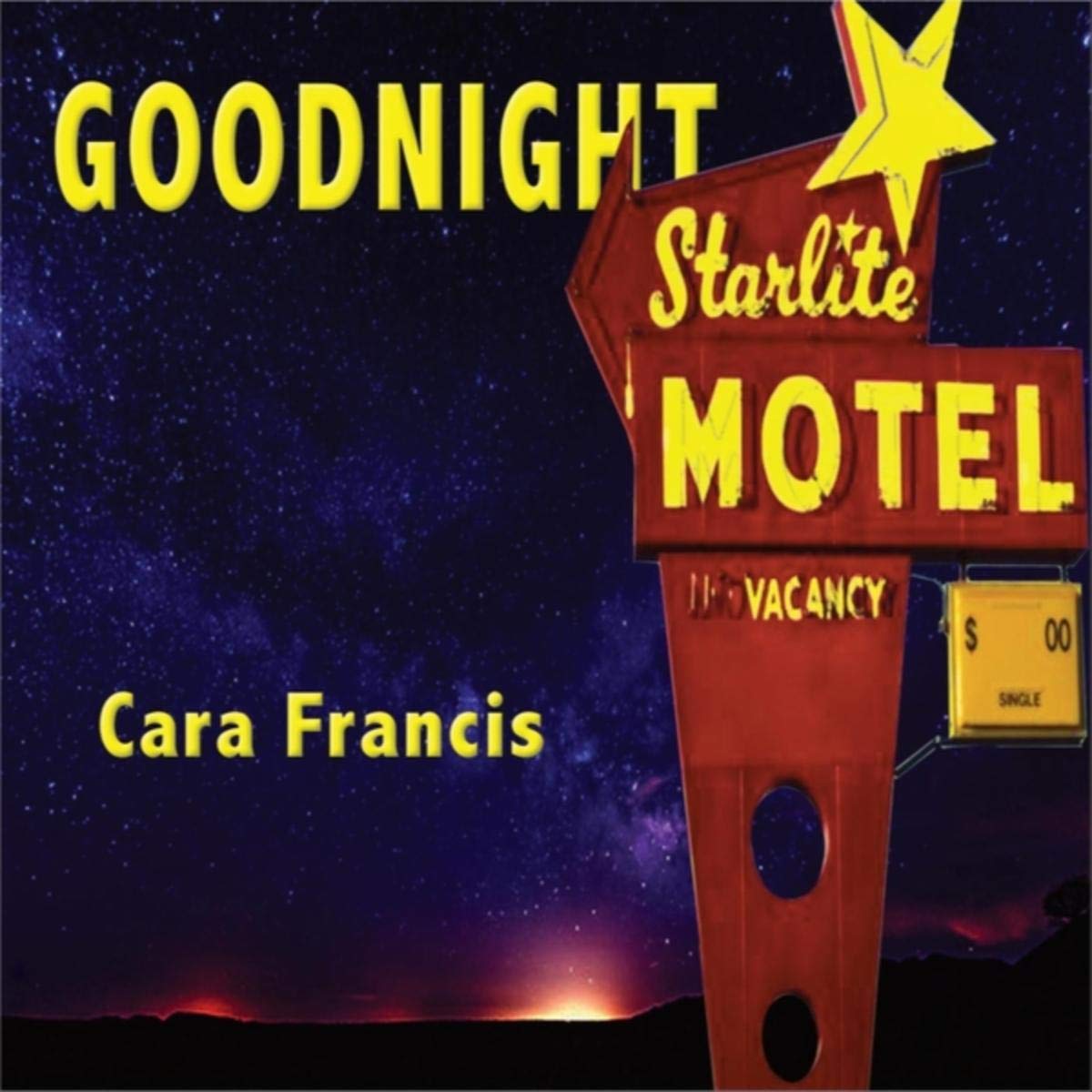